When the Pelicans’ ping pong ball came up clutch during the NBA Draft Lottery, the franchise beat out several other NBA organizations that had much higher odds than New Orleans’ 6% odds of getting the number one selection. Projected as a once in a decade type player that expected to alter the game as we know it, the NBA Draft Lottery basically became the Zion Williamson sweepstakes. That’s how special everyone thinks the forward can be. 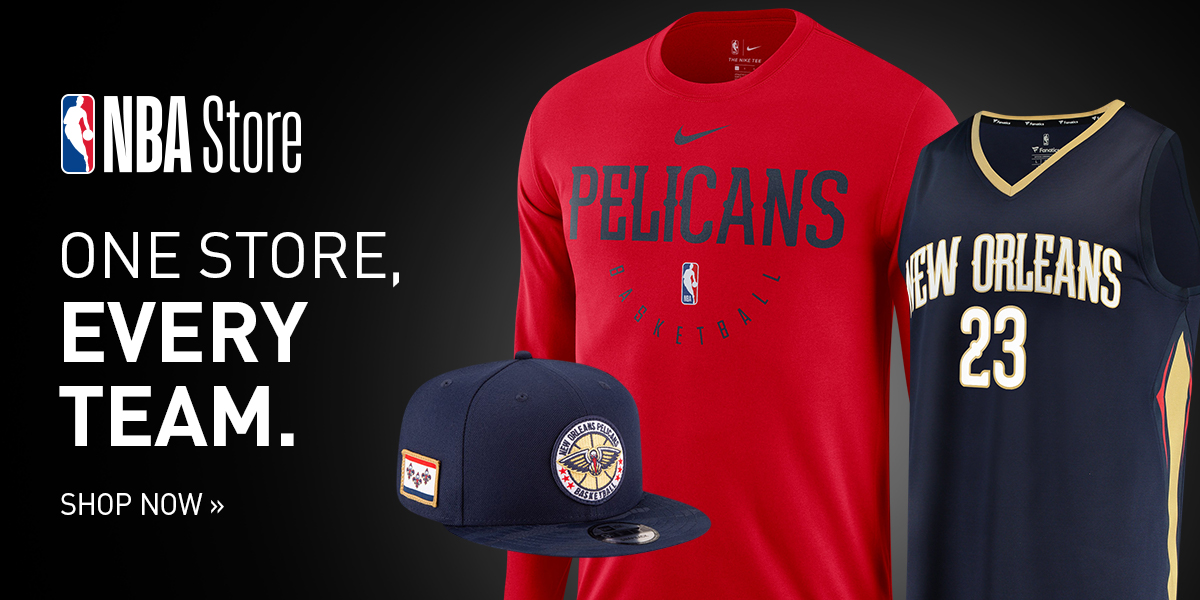 Excitement is both tangible and palpable for Zion to land in New Orleans, so much that the organization has sold twice the season tickets for the coming season when compared to when Anthony Davis was drafted. That’s how popular Zion already is.

Now that we know that the Pelicans chose Zion and he has the choice of his preferred jersey number, where can regular fans of Williamson and Pelicans supporters buy a Zion Williamson #1 New Orleans Pelicans jersey?

After the NBA Draft, Zion legally and officially became an NBA player so now the league has given the okay to release official Zion Williamson uniforms produced in the Pelicans’ team colors of white, navy blue, red, and gold for a while.

Now that Zion has been officially selected by the Pelicans, the NBA Store has released the officially-licensed Nike jersey with Williamson’s #1 on a navy New Orleans Pelicans jersey.

The first jersey we can’t wait to see Zion in isn’t the Pelicans’ classic jersey, but one of the New Orleans’ alternate uniforms from Nike. If you couldn’t tell already, we’re very much in love with the idea of Williamson flying through the sky wearing this retro City Edition “NOLA” jersey in this classic Mardi Gras colorway.

This Statement Edition jersey was inspired by Nike’s Authentic jersey and displays New Orleans’ classic red and the trims and accents associated with the franchise.  Get the official Nike Zion Williamson Pelicans Jersey in red Statement Edition.

Here’s the classic New Orleans uniform in navy blue with gold trim. Customize this version at NBAstore.com with Zion Williamson’s number one uniform and last name.

Everyone is High on Zion

We’ve looked and we haven’t found anyone that has anything bad to say about Zion’s prospects.

Expectations are certainly high for Zion’s arrival, nearly as high as his record-breaking vertical leap. Even NBA superstars are getting into the hype. Kevin Durant has already called Zion a “once in a generation athlete.” and NBA players are already excited to see how Williamson performs.

If he can provide even a quarter of the highlights he had when playing for Duke, no doubt his NBA jersey will be one of the league’s best sellers for the 2020 season and beyond. Considering Williamson’s eruptive athleticism, all-around game, team-oriented approach, basketball IQ, work ethic, infectious enthusiasm and humility, Zion is in a great position to become the next NBA superstar.

What Jersey Number Will Zion Wear?

Zion Williamson will certainly be in an New Orleans uniform next season, so what jersey number will Zion choose to wear? The good news for Williamson is that he’ll have the choice of the #1 jersey that he wore at Duke or the #12 high school jersey number he wore while at Spartanburg Day.

That’s because no current Pelicans player is wearing either #1 or #12 (nor are those jersey numbers retired). We have a sense that Zion will wear #1 because that’s the jersey number he wore at Duke and it’s symbolic of his very likely selection as Williamson will be selected #1 overall in the 2019 NBA Draft.